NOWOFOL is investing 13.5 million Euros in a new production facility in Siegsdorf to manufacture specialized films for high-tech applications. “This is a necessary step to maintain our globally leading position into the future”, says managing director Robert Pernath. At the new 5,000 m² production site, space is to be created for an innovative, state-of-the-art production plant. 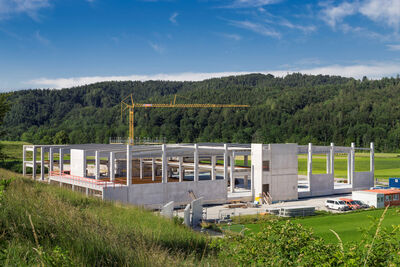 After a 2-year planning and approval phase, the ground-breaking ceremony took place in October 2019. A mild winter with little snow favored the progress of the construction project. Of course, with the previously unforeseeable global corona pandemic starting in March 2020, a far greater challenge followed.

"But you can't simply stop such a major project," says Robert Pernath. "The uncertainty at the beginning was significant, but the cooperation with the regional companies on the construction site was good. Similar to NOWOFOL, the architects and planners involved switched to home office as far as possible, which worked well. It was a matter of the heart for us to work with regional partners for our new building. However, some crafts men in the early construction phase come from neighboring European countries. We have often held our breath, but so far, we have not been affected by any Corona infections among the construction workers. All involved continue to behave very responsibly and of course, it is in everyone's own interest to stay well," explains the managing director.

"We also reacted early to protect our own employees. We raised the already strict hygiene standards and extended protective measures in our production and administration areas. A crisis team exchanged and coordinated information daily," says Pernath. "As far as production is concerned, we have continued to work at full speed.”

Another major concern was for NOWOFOL’s suppliers and customers. "Many of our long-term business partners are based in Northern Italy in the regions of Lombardy and Piemont. We were very much affected by the reports from the crisis areas in Italy. Since we’ve been working together with our Italian partners for a long time, we suffered at the sight of how these people fought the pandemic," said Pernath. "That's why our top priority was to support our business partners so that the supply chain was not interrupted." 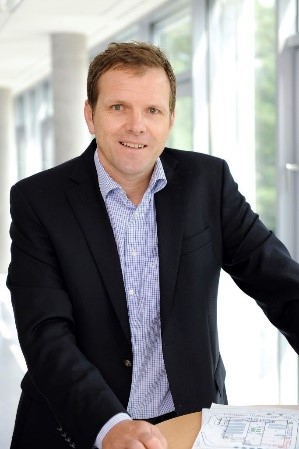 Pernath went on to say “The first half of 2020 has been very successful for us. Regarding the forecast for the remainder of the year, we are being cautious. We deliver to a wide range of industries for a variety of applications. That generally makes us more crisis-proof."

NOWOFOL exports around 75 percent of its special films to customers all over the world. Italy, England, Switzerland, North America and Asia are key markets.

Since its foundation in 1971, NOWOFOL has recorded continuous growth. Currently, around 170 employees work at the three production sites in Siegsdorf. "With this major project we are securing existing jobs, as well as creating new jobs in the region, so that we can focus on new and innovative products and markets," Robert Pernath concluded.